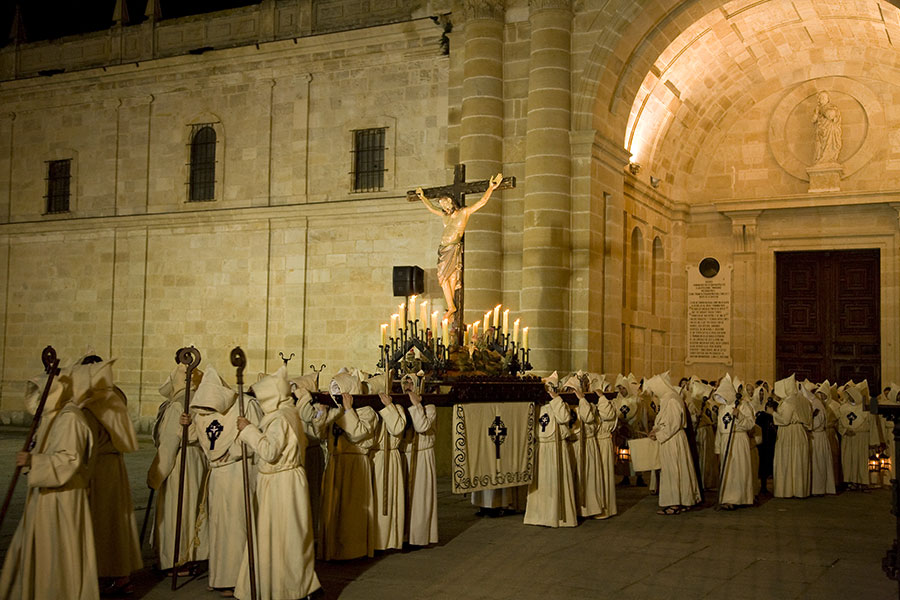 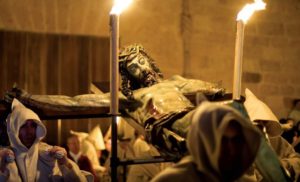 Zamora stands on a strategic hill, defended to the south by the Duero River. Directly on the Ruta de la Plata, it was home to the Roman mansion, “Ocellum Duri”. The Middle Ages gave prominence to the province of Zamora.

In the 13th century the city possessed three walled communities. Of these, there still remain the castle, turrets, doorways and lengths of wall that provide beautiful views of the Duero.

The Romanesque: The capital has the highest concentration of Romanesque buildings per square meter in any European city. There are more than twenty Romanesque churches scattered throughout the capital, causing its old city to be declared an Historic-Artistic Complex.

The 12th century cathedral has a scaled stone dome, supported by a Byzantine-influenced lantern tower. Of its original doors, only the Bishop’s Doorway remains, a massive tower with five bodies having been added in the 12th century. Notable in the interior are the 12th century choir stalls. A splendid collection of Flemish tapestries is exhibited in the Cathedral Museum.

Next to it is the Castle, now the Baltasar Lobo Contemporary Art Centre. Over the river are the 10th century Aceñas de Olivares and the 13th century stone bridge.

The streets of  Rúa de los Notarios and  Rúa de los Francos still contain the ancient trace of the first medieval walled village, in which the Romanesque churches of San Pedro, San Ildefonso and La Magdalena were built. 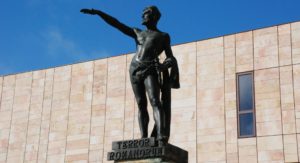 In the Plaza de Viriato, which houses the sculpture of Eduardo Barrón, dedicated to the Lusitanian shepherd, is the Palacio de la Encarnación, founded in the 17th century. Also located there is the 15th century Palace of the Count and Countess of Alba and Aliste, where the Parador is located. The Museum of Ethnology of Castilla and Leon is found in this same plaza.

Nearby are other Romanesque churches such as San Cipriano and Santa María la Nueva. Near the latter is the Holy Week Museum, in which the greatest numbers of sculptures that are processed during Holy Week are exhibited. Also striking are the 16th century Palace of Puñoenrostro, where the Museum of Zamora is located.

In the Plaza Mayor are the Romanesque church of San Juan de Puerta Nueva and the former City Hall, built in 1504. The nearby Calle Balborraz is one of the most picturesque streets in the city.

The pedestrian street of Santa Clara, a quintessential shopping district, holds the Elizabethan Gothic Palace of the Momos, as well as the Romanesque church, Santiago del Burgo.

Other Romanesque churches, located in the “Barrios Bajos” in the old Jewish quarter, include Santa María de la Horta and Santo Tomé which houses the funds of the Diocesan Museum.

Outside the city walls are the churches of San Claudio de Olivares, with its magnificent carved capitals and Santiago de los Caballeros. Other churches worth seeing are San Esteban, San Vicente, San Andrés and San Isidoro.

Zamora has experienced important urban and architectural development since the mid-19th century, culminating in the modernist era. Between 1875 and 1930 many eclectic and historical buildings, some industrial and above all, a notable number of modernist buildings have gone up. The brilliance of the latter have allowed Zamora to be included in an exclusive group of municipalities that make up today’s European Architectural Modernism Route.

There are various buildings that are representative of the contemporary architecture whose project not only have won national and international prices, but have also contributed to raising and enriching Zamora’s heritage: the Museum of Zamora, the Convent of San Francisco, the Trade Fair Park, the Museum of Ethnology and the new Council Headquarters of Zamora, not to mention the new Ramos Carrión Theatre.