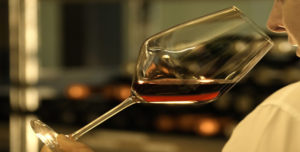 TORO’S WINERY AND VINEYARD ROUTES
If the wine of the Toro DO needed a melody, it would have to be found in Zamoran folklore, in the song of Tío Babú. Its lyrics reflect the importance of homeland and native grapes, mentioning Bardales and the Albillos of María Alba. But folklore is only slightly identifies the culture of this region with the world of wine. The first thing the visitor finds when deciding to alternate learning about wines and wineries with learning about the natural environment and heritage of the region is a territory where the vineyards paint a landscape that is repeated in the municipalities of the DO’s geographical region.

THE FASCINATING COUNTRYSIDE OF THE ARRIBES VINEYARDS
If there is a territory that fascinates the visitor and that has the imprint of vine-growing marked in the countryside, it is undoubtedly the region of Zamora’s Arribes. Deep ravines follow the Duero River in a scene of great granite masses and thick forests, where the vines occupy a place on the hillsides in the form of traditional terraces. These are the terraces that were scratched into the mountainsides, that allowed grapes to be cultivated in times gone by and that today are the most genuine trace of the protected wines of the Arribes Denomination of Origin.

TIERRA DEL VINO: THE ROMANESQUE EMERGES FROM THE VINEYARD
When the tourist physically enters the DO Terra del Vino de Zamora, he notices the wine-making roots of a province whose place name identifies wine cultivation and production: la Terra del Vino de Zamora, which adds to the rural space where wineries are scattered over a cluster of locations, to the capital itself, a city with the highest concentration of Romanesque buildings in Europe, including churches and shrines in the old city, where the Duero crosses under the eyes of old bridges.

LOS VALLES DE BENAVENTE AND ARCHEOLOGICAL TOURISM
The vineyards do not depart far from the Roman encampment of Petavonium, in the valley of Vidriales, nor from the archaeological excavations in Arrabalde, Manganeses de la Polvorosa and Morales del Rey, which show the visitor the importance of pottery, settlements, Neolithic funerals in the form of dolmens and the famous treasure of Arrabalde. All these are dominated by a landscape on the Sierra de Carpurias, which in the fort of Las Labradas has an exceptional view over a bi-millennial land.