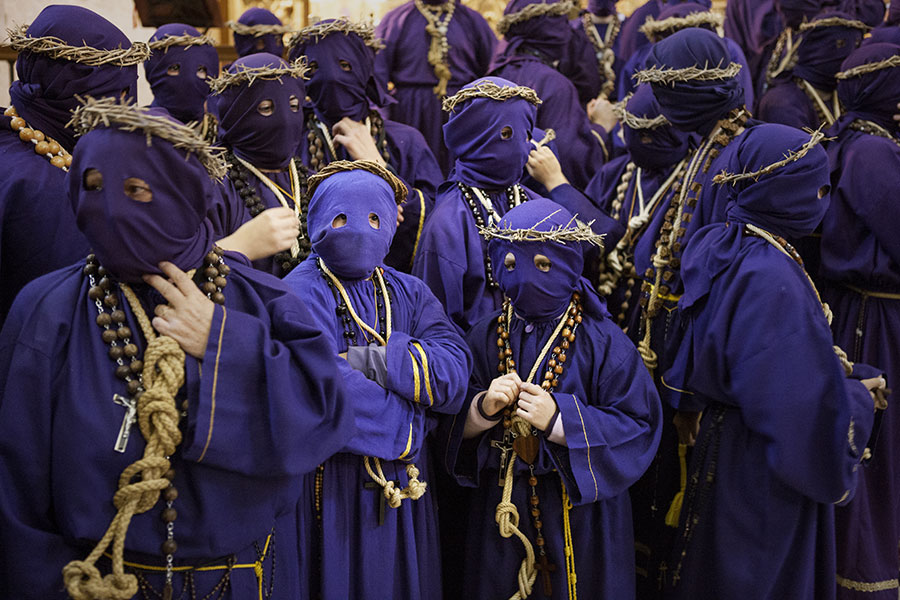 Holy Week in Fuentesaúco is the most important of the La Guareña regions and one of the province’s most interesting. Its brotherhood of the Nazarene, with their purple tunics, crowns of thorns and ropes with a large cross around their neck make them very distinctive, particularly during Holy Thursday and Good Friday processions. The Stations of the Cross, very late at night, continue to overwhelm those who follow it.

Villarrín’s is the most typical of the La Lampreana area, preserving their centuries-old Holy Thursday afternoon procession, in which the Nazarene, barefoot and in their traditional flagellant tunics, walk through the streets of the village.  The area of Villafáfila, with its beautiful Descent on the afternoon of Good Friday, is no less interesting. 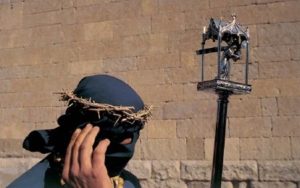 Holy Week of Villalpando and Castroverde are also very important. Both have centuries-old processions and brotherhoods with a strong Franciscan tradition.

The magnificent sculptures in the processions through narrow, historical streets– as in the case of Villalpando, where some processions pass through the beautiful doorway of San Andrés, at the walls of the village– and popular participation make them of great interest.

Also interesting are the Holy Week celebrations in Alcañices, Fermoselle, Coomonte, Manganeses de la Lampreana, Malva, Villardeciervos, Fuentelapeña and Carbajales, each one representative of its region and having influenced their neighbours’ celebrations, in some cases Zamora’s. In some, beautiful hymns are sung, such as Stabat Mater, Pretorios, Rosarios de la Buena Muerte, Misereres, and Romances a la Pasión by Lope de Vega. In others, there is a Ceremony of the Descent or participants may sway to the rhythm of the music during the procession.