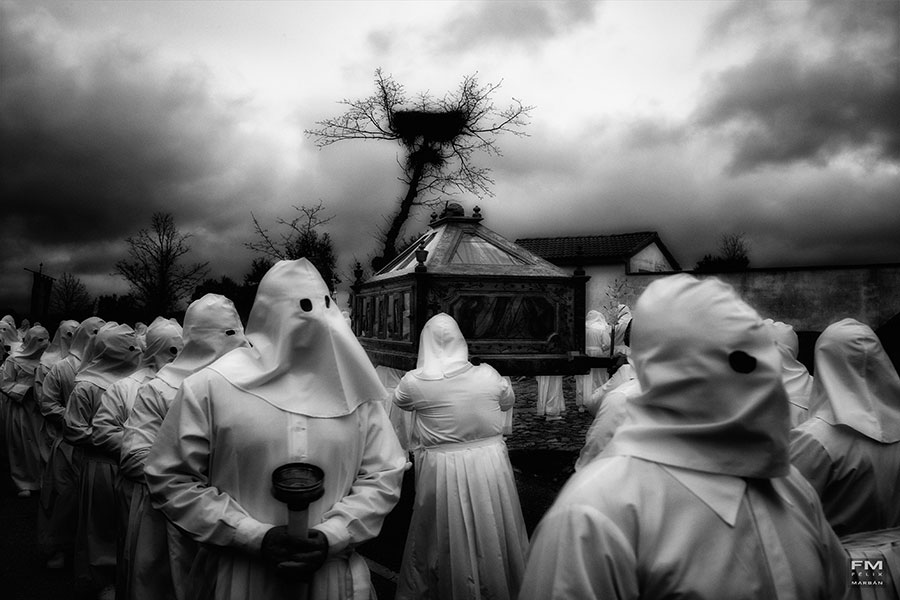 Declared Regional Tourist Interest in 2011, it is known for its simplicity and emotion. As a result of a deeply rooted religiousness, the people of this village have been able to preserve their yearly tradition of representing the passion and death of Christ. They do it with such authenticity and fervour that the brothers who take part in the procession of Santo Entierro (Holy Burial) even wear their own shrouds.

The ambiance is one of such realism and strength to be almost inconceivable in modern days. 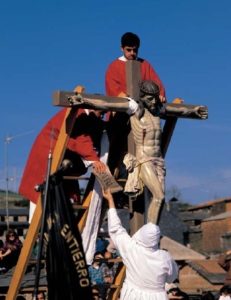 Early in the afternoon, the people gather around the church where the sermon of the Descent takes place before an image of the crucified Christ. Two priests, using a ladder, take down the image of Christ, with jointed limbs, and place him in a glass casket. The penitents then begin the funeral procession that will take them up a steep hill to Calvary, where a popular choir sings “The Five Wounds” and “El Miserere” and pay reverence to the cross.

The brothers wear white tunics and stockings, and the shrouds they bring with them on their last voyage were woven by brides when they were betrothed. Older men follow them, covered with earth-brown cloaks, one of them begging money for the burial of Christ.

After paying reverence, the procession returns to the church where the glass casket with the body of Christ is left.