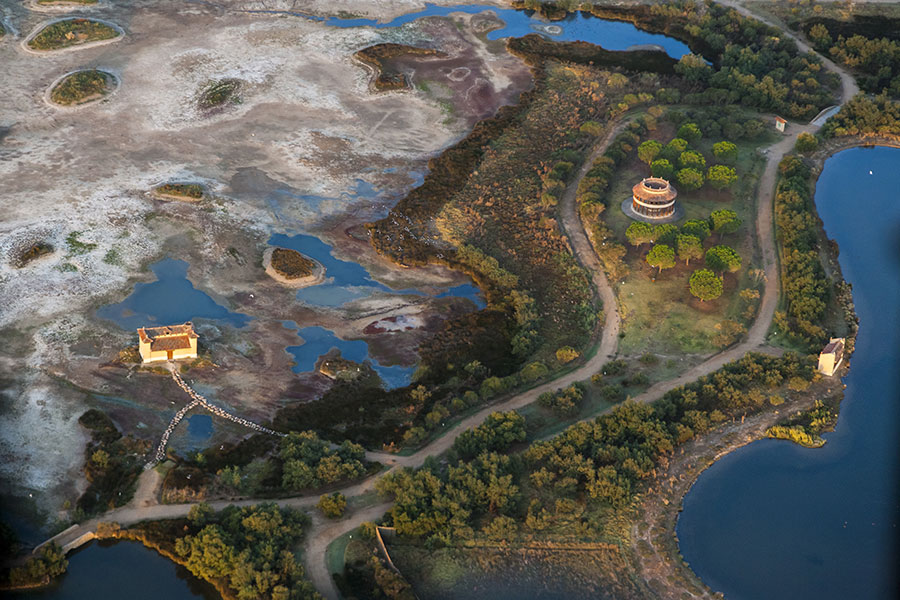 In the northeast of the province of Zamora, surrounded by the dovecotes typical of the Tierra de Campos, is the chain of lakes of Villafáfila, with 32,682 hectares of Regional Hunting Reserve, constituting one of the peninsula’s largest wetlands.   Flat plains, wide horizons and the geographical characteristics of the terrain are responsible for the formation of the lakes that give this wetland major importance in the Iberian Peninsula, as an important enclave for aquatic birds in Castilla y León and a chain of lakes with great importance on a national and European level.

Although Tierra de Campos is known for having sandy, clay soils, the Lagunas de Villafáfila, also known as “Las Salinas”, are the result of impermeable rock with an accumulation of water, giving rise to the richest population of birds in the Community.  The salinity of its water is the result of a large amount of salt that permeate the materials that compose its subsoil.

Autumn and spring evenings are the perfect time for bird-watchers to use their binoculars to watch the numerous groups of birds come to the wetlands of Tierra de Campos as they return to these Zamoran lakes to rest during their long migrations. Winged creatures from all over Europe make Villafáfila a paradise for “ornitourism”.

The most numerous of all the species is the mallard, although it is also easy to find lapwings, white storks, grey herons, common cranes and greylag geese. The Reserve is notable, however, for being home to the largest stable population of great bustards on the European continent. This wading bird, around eight decimetres long, with a red body spotted with black, long slim neck and small wings, delights the visitor with its short, heavy flight.

Dozens of differently shaped dovecotes may be seen rising over the plain in this area, an example of popular architecture that is unique to the region.  The silhouettes of these “mud cathedrals” or “mud castles” are part of the rural landscape, in spite of having lost much of their economic significance.