The Sierra de la Culebra stands surrounded by the regions of Aliste, Sanabria and the Portuguese “Tras Os Montes,” a Regional Hunting Reserve of 65,891 hectares.  Its relief, soft and rolling, is reminiscent of the reptile that gives it its name.

It is relatively low, with an abundance of slates and quartzites protruding from the vegetation. Its highest point is Peña Mira at 1,243 metres, forming a splendid balcony over the mountain chain and continuing into the Portuguese Nature Park of Montesinhos. As in other mountainous areas, water has carved a rugged landscape with sharp lopes. There are gullies and small streams caused by erosion, and the birth of rivers like the Aliste, which reach their maximum force in the valleys adjacent to the mountains.

The richness of the vegetation of the Sierra de la Culebra is comparable to the fauna, with different types of pine as well as native species of oak and chestnut that have contributed to a rugged landscape worth seeing.  Its forests also provide excellent places to pick mushrooms. There is a wide variety, including different varieties of boletus and the exquisite Caesar’s mushroom. 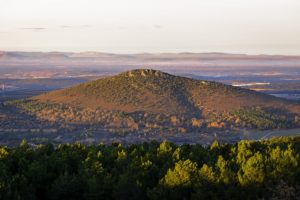 This region of Zamora is known for having the largest population of Iberian Wolf in Spain. The wolves wander through this area where, in October, the clash of antlers and bellowing of the deer announce a spectacular scene. The wild boar, roe deer, fox, otter, wildcat and the badger also live in this area. The fauna of the Sierra de la Culebra is one of the richest in Castilla y León. For this reason, this nature area has become a frequent destination for nature lovers and attracts a large number of nature watchers who take special care not to disturb the animals to be able to observe wolves and deer in their natural environment.

There are plans to open a Wolf Interpretation Centre in Robledo, in the Sierra de la Culebra. The project has been conceived as a place to study and research them, both from a scientific as well as ethnographic and cultural perspective. 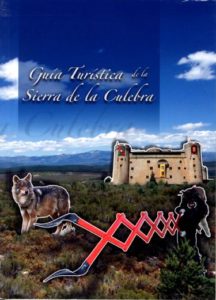