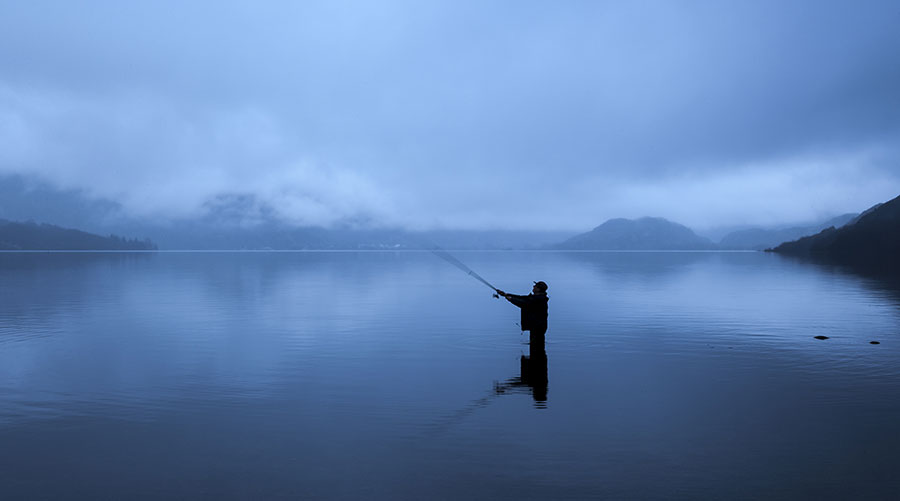 This park currently occupies 22,365 hectares, basically including the mountainous area of the Sierra de Segundera and the Sierra de Cabrera. It holds the largest group of glacial lakes in Spain after the Pyrenees, some of them of extraordinary grandeur. Located in places that are difficult to reach, they have been nearly immune to human effects.
Of all the effects of glaciations, the most impressive is undoubtedly the Lago de Sanabria, which offers priceless views of a beautiful and vast landscape. Scoured out by the last Würm glacier, the lake measures 3,178 meters in length at it longest point and 1,590 in width, with a surface area of nearly 320 hectares. It reaches a maximum depth of 51 meters.
A natural area that is as marked by water as Sanabria’s is home to a good number of animal species linked to this environment. The presence of trout is noteworthy, appreciated for sport fishing as much as for eating. Along with trout, which in the Lago de Sanabria can get very large, with pink tones reminiscent of salmon, there are also bermejuelas, cachos and barbels. Forty-one species of mammals live here, including the elusive Pyrenees desman and various species of the weasel family, such as the otter, the pine marten, stoat, beech marten and the European badger. Other, larger mammals include the roe deer, wild boar and wildcat.
One hundred forty-two bird species fly over this nature park, including diurnal raptors such as the golden eagle, honey buzzard, peregrine falcon, buzzard, kestrel and owl, along with birds like the red-backed shrike, the yellowhammer, bluethroat and partridge, locally known as the “carrela.”   The common finch, robin, jay and hoopoe are often seen in the oak forest.

The diversity of plant life is vast with around 1,500 species, some unique to the peninsula. The dominant forest tree is the oak, although rowan, holly, yew, birch and chestnut are also common. 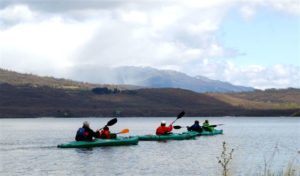 The Nature Park offers much to lovers of natural, rural and active tourism:  In summer there is the sun and beach with all kinds of water sports, sailing, canoeing, etc.  Springtime beckons mountain lovers to climb, the more intrepid in higher elevations, others on paths that traditionally linked the villages to the mountains and that may also be used for mountain biking and horse riding.  Autumn colours the mountains of Sanabria many hues and its forests provide an abundance of mushrooms for mushroom lovers. Many varieties like the boletus: edulis, pinicola, regius, etc., and the procera macrolepiota, also known as the “cucurril,” the Cesar’s mushroom, or mushroom of the gods, and the cantharelus cibarius or the chanterelle.  In winter, the snow that covers its peaks attracts many visitors.

The sport that attracts the most people, however, is trout fishing, whether in the lake, in the Tera, Castro, Negro and Trefacio Rivers, or in reservoirs like the Valparaíso, Cernadilla and Agavanzal.