The village of San Martín de Castañeda, which is located on the north shore of Sanabria Lake, has its origin in the buildings that were constructed to serve the monastery bearing the same name. Considered throughout the centuries as one of the most important religious buildings in the province, it disappeared in part after the seizure of Mendizábal. It currently preserves the church and building that houses Sanabria Lake Visitor Centre.

Declared a Historical-Artistic Complex, Puebla de Sanabria is noted in 6th century documents. Streets of Puebla de Sanabria’s old neighbourhood possess the charm of mountain architecture, with fine buildings boasting large balconies and extended eaves. Its more striking buildings are the 12th century church of Nuestra Señora del Azogue, its sober facade decorated with vegetable patterns and human figures, as well as the 16th century Town Hall. The most unique monument of the town is the castle which  was constructed by the Counts of Benavente in the mid-15th century. Today, beautifully restored, it houses the Fortifications Interpretation Centre.

El Puente de Sanabria is a village that sprang up around a traditional market which is still held today. It is worth noting its famous medieval bridge over the Tera River.

If anything typifies this area, it is its traditional architecture. Stone walls, wooden doors and windows and slate roofs design a unique type of construction that defines houses, chapels and watermills. Always in the interest of functionality and taking advantage of the materials found in the area, this type of construction defines the personality of this area as may be seen in Vigo, Rihonor de Castilla, Lubián, Hermisende and Rábano de Sanabria, which also retains a beautiful 17th century stone cross. Nearby is the 16th century shrine of La Alcobilla, located in an idyllic setting with century-old chestnut trees. 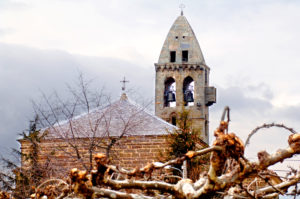